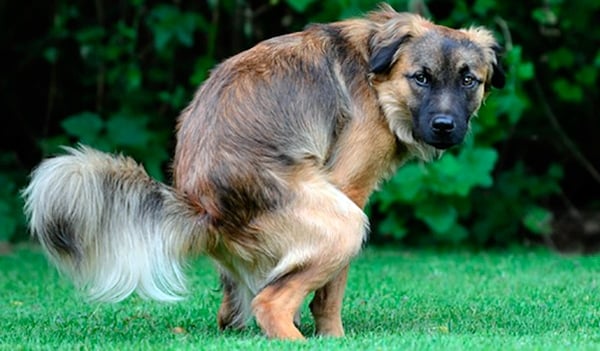 We receive a lot of questions from people trying to determine why a dog has soft or even watery poop, diarrhea. There are many possible reasons, so let’s review them all one by one, so you can determine the exact reason for your case.

Soft stools in dogs (soft poop) are much more common than you might imagine, and you’ll be surprised to learn that many dog food manufacturers add ingredients that are “poop hardeners”; this makes you believe the food sits well with your dog because his feces are well compacted. 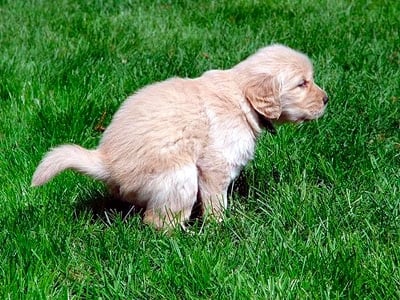 Before looking at the main causes and their solutions, you should know that the normal feces of a dog shouldn’t be hard as a rock, they should simply hold their shape. Dog poop with shape is normal dog poop; it doesn’t need to be very hard when you grab it (usually, it’s rather soft).

Hard dog poop is usually that way because of some component of their diet (either ingredients added exclusively to compact feces or any ingredient that performs this double function).

This is a picture of normal dog feces (poop). Obviously this is a big dog, given its size, but as you can see, it’s not completely compacted or hard like a stone; the feces have a shape and appear to be somewhat soft to the touch (a normal poop). 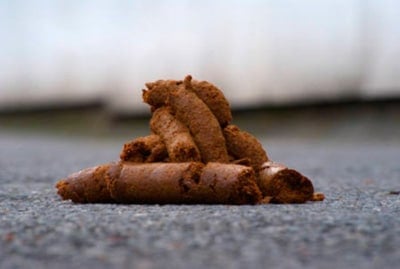 A change in diet can cause soft stools

When you’ve been giving your dog a specific brand of dog food for a while, your dog adapts his digestive system and intestinal flora to that kind of food. Then one day, you decide to buy a different food and give it to him to see how it sits with him (it could be better or worse quality food, it doesn’t matter).

This is when your dog is thrown off-kilter and begins to have loose stools or diarrhea. This is due to two things: the first is the sudden change of food without an adjustment period; the second is the quality of the food. Let’s see how to fix this problem.

A change in food must always be done gradually and it is recommended to have an adjustment period of at least a couple of weeks. It’s very simple; the first few days, you’ll give him his usual food and only a few bits of the new food, all mixed together in his bowl.

As days pass, you’ll increase the amount of new food and decreasing the amount of old food, until after approximately two weeks you’re giving him only the new food. This is the correct way to change dog foods.

On the other hand, if you’re changing to lower quality food or one with some new ingredient, you should pay attention to see if your dog is allergic to some of those ingredients. Sometimes we assume that our dog can eat everything, but that’s not the case; often, a single ingredient can cause a food to sit horribly with him.

Many dog food manufacturers add high amounts of rice or sugar beet pulp to their ingredients. These products are not bioavailable to a dog (they aren’t even necessary in their diet), but they are added so that your dog’s poop is harder. Surprised? Then don’t miss this: What is the best food for my dog? 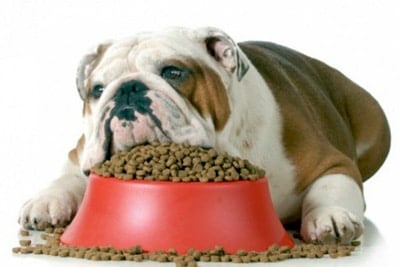 The role of parasites in soft stool

You may very well have your dog well cared for, pampered, clean and you make sure he doesn’t go around eating junk in the street. But that’s not enough to keep a dog safe from parasites; simple contact with another dog that has parasites can cause him to be infected. Mosquito bites can also transmit some potentially dangerous parasites.

Almost all vets recommend deworming dogs internally every three months. It’s very simple; just give him a pill that your veterinarian provides with his food and that’s it. It’s that easy.

However, there are other less common but equally dangerous parasites that aren’t killed by these deworming pills. Some of them, like Giardia, can cause diarrhea with blood and in extreme cases, even death.

The best way to prevent these unwanted parasites is to always keep your dog up to date on his vaccinations, deworming every three months and, when in doubt, go to the vet for a thorough checkup. 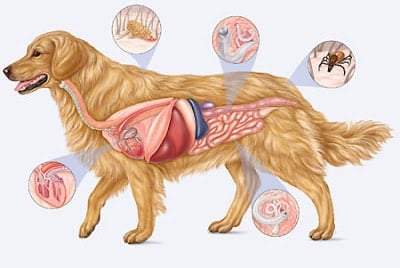 Although you might think that stress is a disease suffered only by humans, the truth is that all animals experience it. If your dog always makes normal poop and usually doesn’t have soft stools, but after a trip or moving to a new house he has diarrhea or something similar, the reason is stress.

An aggressive or overly controlling owner can make a dog suffer from stress; a cooped up dog that doesn’t get enough exercise or interact with other dogs can be stressed. The addition of a new member to the family, family visits or changes in the home can also cause stress in your dog.

Dogs are creatures of habit; they need a daily routine and when that routine disappears or changes, their entire system (emotional and physical) goes haywire. If these examples fit your problem, you know what’s going on with your dog.

The way to relieve stress in a dog is taking walks with him, letting him interact with other dogs and always treating him with respect, affection and love. Never leave for a walk in a hurry, or yell, etc.; that will only increase his stress level. Let your dog be himself, a dog. 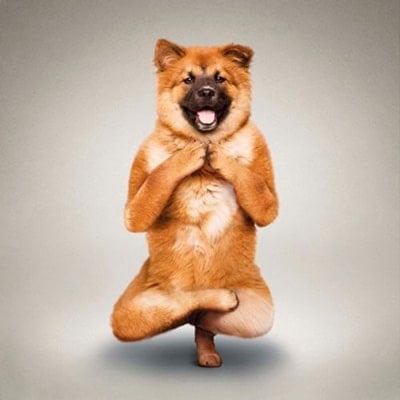 Some diseases cause loose stools

There are certain diseases that directly affect the digestive system of dogs. These diseases are often confused with simple digestive problems or poor nutrition, when in fact it is something completely different.

The only way to diagnose these diseases is by conducting an in-depth analysis (ultrasound, blood work, stool analysis and sometimes even medical scans). But since no one has this equipment at home, let’s review the most complex and common; oddly enough, they are often overlooked despite being easy to detect.

Canine pancreatitis: yes, it’s like pancreatitis in humans, a dysfunction of the pancreas that completely derails the digestive system or at least makes it not work as it should. It doesn’t matter if your dog has always been healthy – this problem can show up overnight, without warning. It has a simple solution based on specific drugs; if you want to know more about this disease, you can read: Pancreatitis in dogs

Addison’s disease: it sounds a bit weird, like something out of Grey’s Anatomy, but the truth is that it’s a very common disease and rarely detected. Only the most seasoned vets know about it because the diagnosed cases are really low compared to other diseases. It has a simple solution based on specific medications; if you want to know more about this disease, you can read: Addison’s disease in dogs 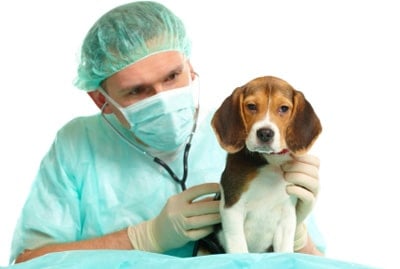 If something doesn’t sit well with him, he’ll have soft stools

We can’t keep our dogs from sniffing everything, and if something seems to be edible and smells good, rare is the dog who won’t eat it. On the other hand, there are many dogs that drink from any puddle or eat anything off the ground, which can cause their poop to be softer than normal or cause diarrhea.

Some people have the bad habit of giving their dogs food between meals, including human food like bacon, french fries, and other cooked foods. Dogs usually don’t tolerate cooked foods (fried, baked, etc.) well and it can cause diarrhea. Even a simple piece of stale bread can cause them a temporary digestive problem.

When this happens, you simply have to leave your dog fasting for 24 hours (it will be hard because he’ll look at you with that face… but it must be done) and then start with a bland diet, like a little bit of boiled rice. If the rice sits well with him, you can then give him some more rice and some of his dog food at the next meal, and the next day simply give him his usual food.

If this doesn’t work, go to the vet and explain the steps you have taken so he or she can do the appropriate tests and diagnose the source of diarrhea or loose stools.
And remember: always collect your dog’s droppings and put them in the trash!! It’s just common courtesy and a basic civic duty.