Spring and summer is when the temperatures rise so much that we want to go to the beach or pool to cool off, turn on the air conditioner or lay down in the shade. Any option is a good one if it means avoiding that oppressive heat… But dogs aren’t as lucky, and they can suffer a heat stroke in a matter of minutes, which can even be deadly.

It’s very easy to know when your dog is suffering a heat stroke, and just as easy to prevent. Let’s look at how to prevent this problem, how to identify it, and of course, what you should do (this last part can save your dog’s life).

What is heat stroke in a dog?

Dogs have a body temperature that is slightly higher than humans, from 38 to 39 degrees Celsius (100.4 to 102.2 Fahrenheit) under normal conditions. But it can rise very quickly in extreme environmental conditions (higher ambient temperature, sun exposure, excess humidity, etc.)

When a dog’s temperature exceeds 40°C (104°F), we can say that he’s either getting a fever, or suffering a heat stroke. The most pronounced heat strokes are produced starting at 41 or 42°C (105.8 to 107.6°F), which can seriously and irreversibly damage a dog’s internal organs.

A heat stroke is a sudden or gradual increase in a dog’s internal temperature. An excess of heat that will affect his body, and can kill him in barely 5 or 6 minutes, depending on the case, obviously.

Reasons why a dog might suffer a heat stroke

Believe it or not, the main cause of death by heat stroke in dogs is the fault of their owners. There are many occasions when we don’t stop to think that dogs aren’t like us, they can’t get hot and then cool off as quickly as we can… they have a really hard time. 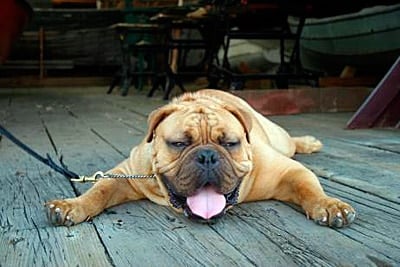 Signs that your dog is having a heat stroke

The symptoms are very clear when a dog is suffering from heat stroke. If you notice one or more of them, immediately take appropriate action, because his life is truly in danger. 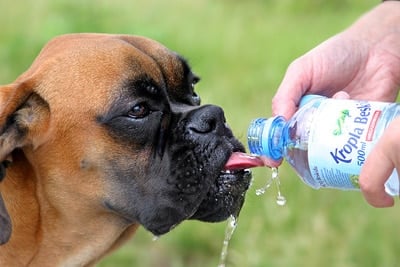 What to do if your dog has a heat stroke

The first thing to do is remain calm – panicking can make you act without using common sense and make mistakes. There are several things you should do if your dog is suffering from heat stroke, which obviously can save his life:

Once your dog has stabilized, call and go to the veterinarian. It’s essential that you see your vet to check if there has been internal damage and to keep the dog under observation (even if your dog gets better momentarily, he can get worse again). 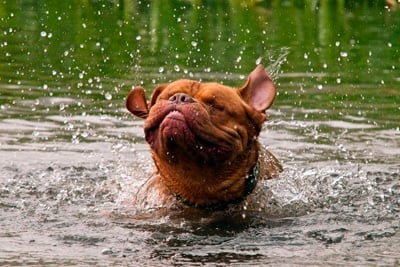 Tips to keep your dog from getting heat stroke

All of this is common sense, but since our common sense can sometimes go out the window… remember these simple tips: