Scooby´s Blog | The Good Dog Blog
Inicio Dog Health Why Is My Dog Throwing Up Yellow? 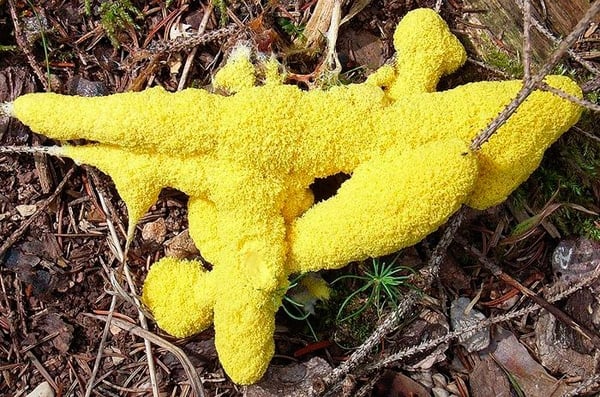 Often, we see our beloved pets vomiting without knowing the reason. Sometimes they throw up saliva, other times a yellowish or greenish liquid (bile), and sometimes simply things they have eaten, like stones, bones or grass. There’s no cause for alarm because it’s quite common in dogs, but if you see that he is throwing up constantly or coughing up blood, then you should see your veterinarian.

Let’s review the main reasons why dogs throw up and their solutions. You’ll see that, in general, it’s something ordinary and has a simple solution. Unless you see that he’s not feeling well or vomiting up blood, you can solve the problem yourself at home. 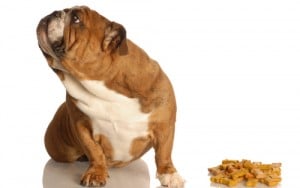 My dog is throwing up yellow

No doubt on more than one occasion you’ve gotten up in the morning and seen that your dog has thrown up some sort of yellowish or greenish liquid. Don’t panic; it’s just bile. Maybe it didn’t happen in the morning but in the evening or at night. It’s still bile, a substance created by the body so the stomach can digest food. However, if your dog is throwing up white foam, this could be a different problem.

Dogs throw up bile because they have excess stomach acid or because it’s been a long time since they last ate. If your dog eats two or three times a day and no more than ten to twelve hours go by between meals, it’s possible that he has stomach acid (heartburn). This problem can be solved by giving him a gastric protector in the morning on an empty stomach (with the help of a piece of cheese or bread so that he’ll eat it). Omeprazole (Prilosec) is a gastric protector that you can give your dog three to four days in a row, always in the morning on an empty stomach.

The other reason for the vomiting could be too much time between meals. Sometimes it’s necessary to feed them within less than ten hours of their last meal, especially if they eat a natural diet (meat) and not dog food. If this is the case, all you have to do is move dinner a couple hours earlier so he doesn’t get heartburn.

Also, keep in mind that many dog foods are of poor quality and this can cause your dog to have heartburn or stomach pain. Sometimes they eat grass to purge or they simply throw up. You should always use high quality dog food – it’s an investment in their health.

As you can see, it’s simple to fix the problem of bile vomit. 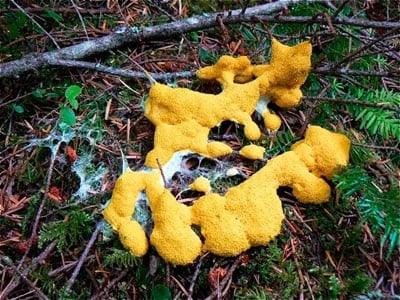 My dog throws up his food

If your dog is throwing up food, it could be due to a couple of reasons, both of which are easy to solve. The first is overfeeding: sometimes we give them much more food than they need and, just like with other animals, including humans, they get indigestion. If your dog has indigestion, he will throw up the food he eats and will poop a lot. A normal dog poops one or two times per day; if your dog poops a lot more than that, you could be giving him more food than he needs.

On the other hand, when dogs run free outside or at the park, often they’ll eat the first thing they find, whether we realize it or not. This could be another reason why they have indigestion and why they are throwing up what they eat. This problem has a very simple solution; you should have your dog not eat anything for 24 to 36 hours, but always with clean, fresh water available. They can drink as much as they need, it won’t harm them at all.

The other reason your dog might be throwing up everything he eats is because he has a gastrointestinal problem. Sometimes when they eat sticks, socks or balls, something can get stuck in their stomach or intestine, causing a blockage that prevents your dog from being able to digest anything, so he will vomit everything he eats. If your dog throws up everything he eats and doesn’t poop, or you haven’t seen him poop for several days, take him to the vet to do an ultrasound. It’s possible that he needs help from the veterinarian to remove the obstruction; in some extreme cases, surgery may even be necessary. 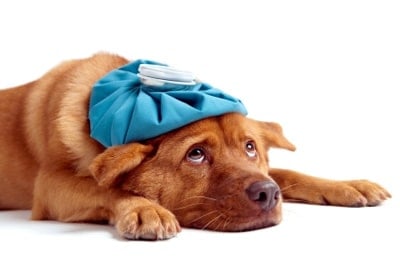 My dog is coughing up blood

Don’t panic – dogs can cough up blood for many reasons. He might have a stomach ulcer, just like in humans, and that’s what’s causing him to throw up blood. Or maybe he ate a stick that caused a small wound in his mouth, throat or stomach. It could also be because he ate some type of food that contains blood… there are many, many reasons and it’s impossible to determine the cause without examining him.

If your dog throws up blood, take him to the vet to get checked out. Only a veterinarian can identify the cause and tell you how to fix it. Remember that, like humans, dogs can suffer from several illnesses, which is why it’s important to take him to a specialized doctor (vet) to determine the cause and give you a solution for it. 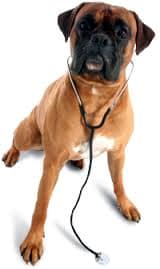 We’ve seen the main reasons why dogs throw up – in most cases, it’s associated with incorrect feeding, although it can also be due to a stomach problem. Whatever the reason, if he keeps vomiting, you should see your veterinarian so he or she can determine how serious the problem is and take the appropriate steps to fix it. A dog’s throw up can sometimes be scary and there can be a lot of it, but don’t panic; it’s just as common in dogs as it is in humans.