Scooby´s Blog | The Good Dog Blog
Inicio Tips and Trivia Why Do Dogs Wag Their Tails? The Meaning 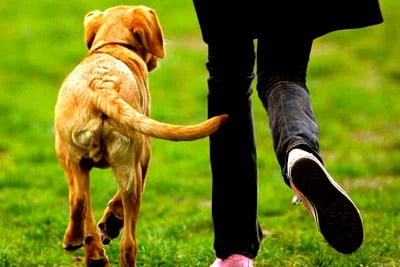 The tail is possibly the most expressive part of a dog; if we correctly interpret its meaning, it can tell us what their mood is like. Plus, he uses it to relate and interact with other dogs using their own unique body language. Do you know why dogs wag their tails restlessly, raise their tail, or hide it between their legs? We’re going to go over all the possible options for your dog’s tail movements and what they mean. 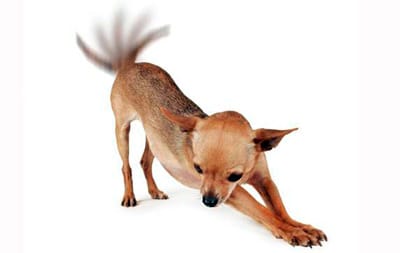 Why do dogs wag their tails? Tail up and wagging back and forth restlessly

Many people mistake this type of movement for happiness, but it actually isn’t. It’s a symptom of restlessness or excitement, which a dog could experience when he sees his owner after being gone for several hours, for example.

But it can also be a symptom of excitement in the aggressive sense; a nervous, agitated or unstable dog can also make this movement. If you don’t know the dog and you notice too much restlessness or excitation… it’s best to take care, or you could wind up getting bitten.

Obviously, when it’s your dog making this movement, when he knows you and you know him, he’s most likely wagging his tail because of positive excitement or nervousness; that is, an excess of joy. 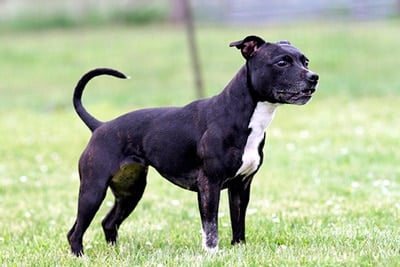 Why do dogs wag their tails? Tail raised and tense, still

This signal indicates that your dog is tense, and that presents a potential danger. Often, with their tails raised and still, they will raise their heads and put their ears forward defiantly. When your dog moves his tail like this, the best thing to do is calm him down or simply go someplace else so he can relax, take a walk, etc.
Dogs who are playing together or even puppies will put their tails in this position sometimes without any negative meaning. It’s simply a matter of comfort when playing, stretching their tails.

Hunting dogs also tend to lift their tail and hold it still when they are very focused on something, for example, a bird falling or the appearance of an animal.
It doesn’t necessarily mean that he’s going to bite, or that there will be any confrontation or growling with another dog… but it is a symptom that you should interpret correctly. 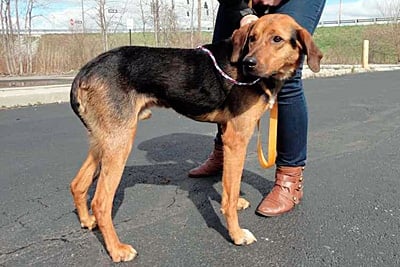 Why do dogs wag their tails? Tail lowered and tucked between their back legs

There is only one way to interpret this type of tail movement in dogs: fear. The more afraid he is, the more he’ll pull his tail between his hind legs, pulling it towards his stomach as much as possible. Your dog may start shaking if his fear intensifies.

If you notice that your dog puts his tail between his legs, it’s because, for some reason, he’s afraid or senses that something bad might happen. For example, if you’re taking a walk and when you see another dog, he hides his tail, it’s because he’s afraid of the other dog, of interacting with him.

In these instances, the best thing is to calm him down, have him sit and speak to him with complete calm and serenity, and then keep walking like nothing happened. Dogs can sense our nervousness, and if a frightened dog sees you nervous, he’ll be even more scared.

Why do dogs wag their tails? Tail partially raised with side to side movement

This type of tail wagging tells if a dog is happy or content, although in a way it also shows his level of excitement. This is possibly the most common tail movement in the canine world. And it’s definitely a joy for any human to see their best friend happy and wagging his tail.

When your dog does something mischievous and he knows it, he might also approach you a little reluctantly with this same type of tail movement. A combination of, “I was bad, but I know you love me a lot and I’m happy so I’m coming to you very slowly wagging my tail like this.”

Why do dogs wag their tails? Tail down and still

When you see a dog standing up, with his tail down and still, you’re seeing a dog who is calm and relaxed, or a dog who is waiting but relaxed. It’s the movement of his tail that will tell you he’s relaxed, since he will move it when he gets excited.

Since it isn’t tucked between his legs, we can determine that he is calm. This is a very common pose, since many dogs walk peacefully along with their humans with their tails in this position. 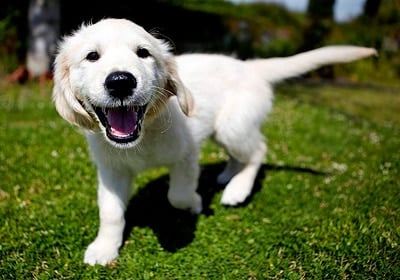 Do all dogs move their tails the same way?

Yes and no, as we all know, there are many breeds that through simple genetics have an upright tail, but this doesn’t mean that they are always tense or in alert mode. That’s just the way their tail is.

It’s also possible that their tail has been mutilated; there are many irresponsible people, as you know. If the tail has been amputated, its movement can’t be predicted, even if a little is left and he moves it.

These tail movements and their meanings are generally attributed to dogs with long tails that hang down and move. It’s a very healthy way for them to express themselves to other dogs, aside from helping them maintain their balance. And don’t forget that the tail is part of a dog’s spinal column!

Why Do Dogs Sniff Your Crotch?

Do You Have a Pet or a Fur Baby?